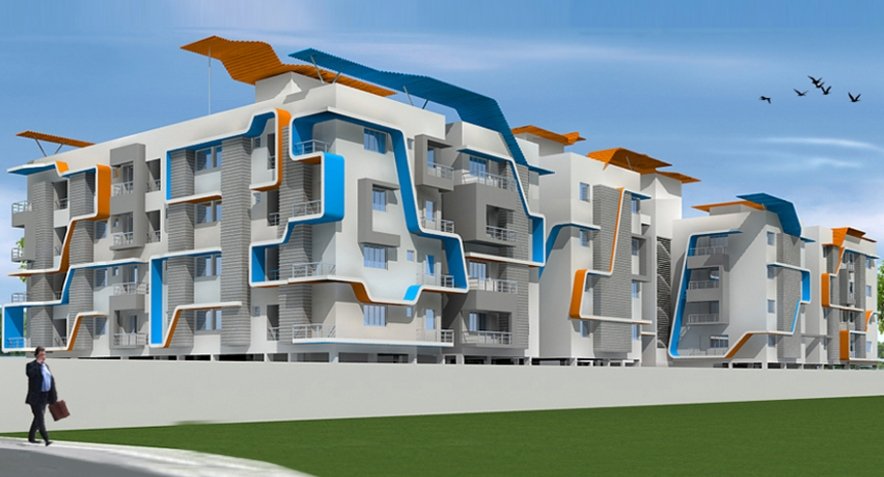 Architecture Firms in Chennai Must Realise the Impact of Continuing Urbanization on Architectural Design.

Cities have always been centres of government, commerce and culture throughout the ages. However, until about two centuries ago, the global population largely remained rural as agriculture was the main occupation of the people. But ever since the industrial revolution happened, there has been a marked shift of population to urban areas as more and more people left their villages and moved into cities for better employment and a higher standard of living.
Rapid urbanization for the last two hundred years has caused cities to expand way beyond their originally intended boundaries. It also has put a massive strain on the civic infrastructure of cities such as transport, power supply, water management and sewage management. This trend is only expected to increase in the coming years. Thus, it is imperative that the architectural design of any new construction has a thought for the future. Architects and consultants in Chennai would do well to follow the same.

Design Not Just the Building But the Neighbourhood Too!

In recent times, architectural design is not only about the design of the building itself. In addition to the functional aspects of the building, architects in Chennai for residential spaces must also consider the economic, cultural, historical and geographical factors of their design. A good architectural design must include all of the above considerations as well as concessions for contemporary paradigms such as sustainability and reduction of carbon footprint.

Architecture has always been a reflection of society at any given point of time in history. Grandiose buildings were typically constructed during times of wealth and prosperity. Our historic buildings and monuments stand testimonial to that fact. With changing times and values, architectural design has also evolved over the ages. Continuing the pattern, with climate change and sustainability becoming by words of our times, it only makes sense for architectural design to reflect the same.

The New Mantra of Architects and Consultants in Chennai.

Architecture is no longer just about the aesthetics and design of an individual building; it is about the character it lends to the city as well. It is about the design of the space surrounding the buildings, the creation of sustainable neighbourhoods, and provision for public areas, mass transit systems, and other such amenities.

Look at the Big Picture!

Architectural design cannot exist in isolation of its surroundings. Every individual building design should look at the bigger picture of how it fits in the general urban scheme of things. The design should consider that the building is but one piece in the larger jigsaw puzzle of the city with its intricate network of roadways, public spaces, infrastructure, transport, among other structures. It is an essential cog in the machinery of society in improving the standard of living, reducing social inequity and providing a vision for the future.