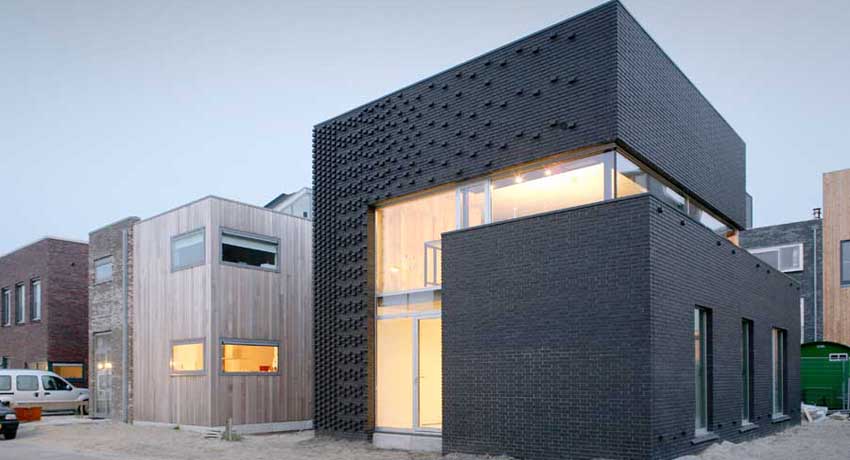 History Of The Ribbon Windows, According To Some Of The Best Architects In Chennai For Residential Buildings

The term “Ribbon Window” was first introduced in the 1920s by Le Corbusier in his architectural treatise, “Five Points of New Architecture” which he developed during the early part of his career. These five architectural principles formed the foundation of his designs and are perfectly exemplified in his seminal work, the “Villa Savoye” in Poissy, France.

The underlying principle of the Corbusian approach is removing the function of load bearing from the exterior or facade walls. Since the bulk of the load gets distributed among the interior walls and columns, this technique frees up the design possibilities of a building’s exterior to a remarkable extent. Architects can now play around with the facade without having to worry about structural constraints. They could make cuts and breaks anywhere on the facade without compromising its structural integrity. Ribbon windows were the direct result of such freedom in design.

What is a Ribbon Window, Anyway? Ask House Architects In Chennai!

The original Corbusian ribbon window is a long, continuous strip of horizontal windows cut into the exterior walls of a building. Before the appearance of ribbon windows, buildings typically had a near-monolithic block-like appearance relieved only by independent windows here and there. Though the idea of ribbon windows originated in the 1920s, it is still relevant and remains a regularly used architectural design concept in modern buildings.

Besides contributing significantly to the aesthetic quotient, ribbon windows also facilitate the flow of natural light into the interior of a building.

Architects in Chennai for residential buildings do not content themselves with following the original definition of ribbon windows. They have reworked the basic idea into several innovative and creative designs that have contributed to what is known as the “Neo-Corbusian” body or work.

Here are some of the ways how modern buildings use ribbon windows.

Ribbon windows are traditionally horizontal constructs. But, present days architects have been experimenting with many vertical permutations as well. They even go for a combination of both horizontal and vertical elements joined together into one contiguous unit. There are examples where the vertical ribbon windows traverse across stories, even keeping with the pitch of the roof.

Why limit yourself to just one wall, when you can even create ribbon windows that wrap around more than one exterior wall of the building without any break. Some buildings have them built into the facade as well as the sides of the building in one uninterrupted strip of glass.

Many architects love to use ribbon windows on exterior walls that cover staircases and the landings at each level. Stairwells can be dark places with very little natural light filtering in from the lone windows on the wall. With ribbon windows, they practically become flooded with bright, natural light.

Sometimes, ribbon windows are used to frame a side or two of a building, leaving a patch of wall in the middle. They greatly enhance the look of a building.

As you can see, you can get highly creative with ribbon windows! Consult top residential architects in Chennai about adding these elegant architectural elements into your dream home!